Rushjudo, opened its doors for the first time in November 2009.

It has long been the ambition of the Rush family to open up their own Judo club, in order to give back to the sport that has given them so much. Rushjudo has been made possible thanks to the kind generosity of the late Gordon Rush, a true legend and a huge supporter of judo. The club is named and dedicated in his memory.

At Rushjudo we pride ourselves on being inclusive and open to all people. We cater for – beginners – children through to pensioners, Recreational players, Competition players and we also specialise in teaching people with learning disabilities in partnership with Dacorum Mencap. 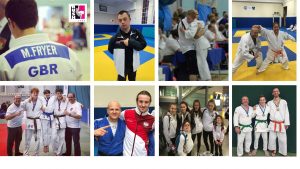 In addition to this we support our Elite players in being the best judoka they can be. We have produced numerous Great Britain Champions, England Squad members and currently have one of our players training full time at the Olympic training centre.

In September 2015 we moved to a permanent dojo set within the old school gym at Ashlyn’s School. With donations from local companies and the help of parents with professional skills we were able to completely transform the old gym into one of the best facilities in country.

With a training area measuring 166 sqm, a sprung floor and a seating area for parents we now have a home to match our aspirations to be a leading club in the community. 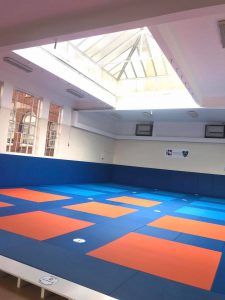 As a charity we support players and families ensuring that no one misses out on opportunities to train , compete and benefit from Judo !

View all our locations

You can find out more about which cookies we are using or switch them off in settings.

This website uses cookies so that we can provide you with the best user experience possible. Cookie information is stored in your browser and performs functions such as recognising you when you return to our website and helping our team to understand which sections of the website you find most interesting and useful.

Strictly Necessary Cookie should be enabled at all times so that we can save your preferences for cookie settings.

If you disable this cookie, we will not be able to save your preferences. This means that every time you visit this website you will need to enable or disable cookies again.

This website uses Google Analytics to collect anonymous information such as the number of visitors to the site, and the most popular pages.

Please enable Strictly Necessary Cookies first so that we can save your preferences!

Please enable Strictly Necessary Cookies first so that we can save your preferences!